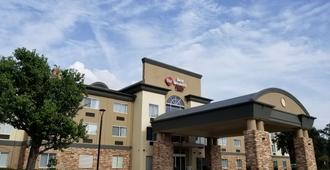 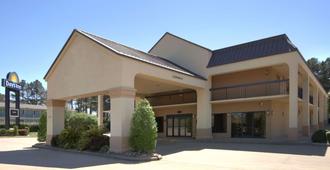 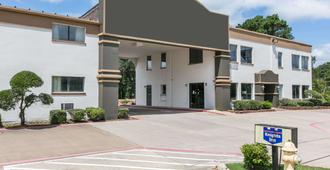 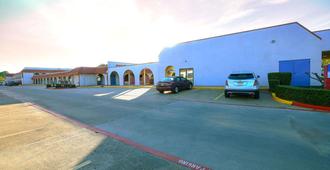 Posición n.º 9
Motel 6 Longview - North
7,0
Bueno 7,0
Basado en 258 comentarios
Detalles
Opiniones
$212.157
Ver oferta
Americas Best Value Inn Longview
Ver todos los detalles
En general 4,8 Aceptable
Basado en 5 comentarios
Malo 1,0
Ventajas: I have asked for a refund as the management of this motel had called law enforcement on my employee as he was leaving to get his and his wife's dinner, which caused him to be jailed for an old ticket we have been working on paying, but they told them he
Desventajas: Running drugs! HE WAS NOT! This is the initial check-in day, the management immediately after sent a different resident to collect their belongings and checked them out! I paid for 2 nights and not one was used as they were trying to squeeze another $20 f
Excelente 9,0
Ventajas: Nice two person hot tub
Desventajas: Small things towels and the front desk person didn't want to give us more towels
Malo 1,0
Ventajas: Nothing
Desventajas: There was bed bugs. Drug dealers in room next to mine. Smelled like dog poop
Excelente 10,0
Ventajas: The Staff
Mediocre 3,0
Ventajas: Location nice people the man that's check me in.
Desventajas: I ask for a nonsmokers room don't give at clean room don't give at. 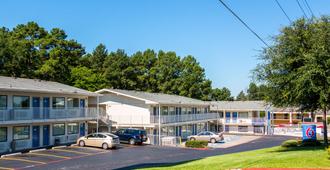 Posición n.º 11
Motel 6 Longview, TX
6,0
Bueno 6,0
Basado en 92 comentarios
Detalles
Opiniones
$200.991
Ver oferta
Super 8 by Wyndham Longview/North
Ver todos los detalles
Limpieza
7,0
Confort
6,8
Ubicación
7,2
Servicios
6,5
Personal
6,7
En general 6,0 Bueno
Basado en 256 comentarios
Todas las opiniones
Limpieza
7,0
Confort
6,8
Ubicación
7,2
Servicios
6,5
Personal
6,7
Bueno 6,0
Ventajas: Quiet
Desventajas: Bedbugs
Aceptable 5,0
Ventajas: Beds were comfortable and the A.C. worked well. Kids liked the tv. There was a microwave.
Desventajas: Managers were rude. Our room smelled of smoke (even though we booked a non-smoking room). Light above bathroom sink blinked really bad so had to keep it off. Free breakfast didn't have much to choose from. Fridge froze everything on warmest setting.
Mediocre 3,0
Ventajas: Price.
Desventajas: There was renovation going on, but that's not excuse for some of the issues. Sinks and tubs wouldn't drain, in multiple rooms. A lot of water damage and mold areas.
Malo 1,0
Ventajas: It was close to Christus Medical Center
Desventajas: You could hardly breathe in the lobby for the smell of smoke. We had a non-smoking room that also reeked of smoke. The breakfast tables werenâ€™t set up at 7:00 a.m. (breakfast was advertised served from 6:00-9:00 a.m.).
Aceptable 4,0
Ventajas: The location was the only thing I liked about this hotel.
Excelente 10,0
Ventajas: The room was cool when we got in it. The hotel staff was amazing. It was quiet and calm. I got a good nights rest.
Desventajas: The only thing that was a bummer, was the pool was closed. It was super hot and a nice refreshing dip and swim would have been heavenly.
Mediocre 2,0
Desventajas: Too many people setting in cars outside the rooms. Talking to receptionist thru a 12 inc window.
Bueno 7,0
Ventajas: Location
Desventajas: There was a 1/2" gap between the door and door jam
Mediocre 2,0
Ventajas: Nothing
Desventajas: Hotel staff could not tell me on the phone how to get there. There were no drinking cups in the room. The coffee pot had not been cleaned since the last use, so who knows what else was not cleaned.
Aceptable 4,0
Desventajas: The door to the room didn't have a tight enough seal and was affected by pressure differences such as the a/c coming on which made it sound like someone was trying to come in.
Mediocre 2,0
Ventajas: Cost per night
Desventajas: None smoking room smelled like smoke and the lobby. Worst coffee I have ever had.The biggest problem was that the pool was shut down and looked like it had been for years! I selected this hotel because the distance to were we needed and pool for my kids.
Excelente 10,0
Ventajas: The staffs and management are very nice and friendly! They took care of our needs!
Desventajas: No 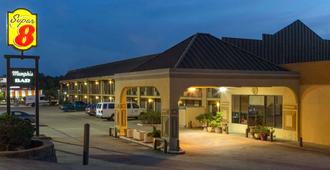 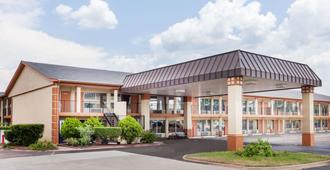 Posición n.º 14
Super 8 by Wyndham Longview/I-20
5,0
Aceptable 5,0
Basado en 51 comentarios
Detalles
Opiniones
$189.824
Ver oferta
Baymont by Wyndham Longview
Ver todos los detalles
Limpieza
6,0
Confort
6,5
Ubicación
7,1
Servicios
5,7
Personal
7,3
En general 4,9 Aceptable
Basado en 238 comentarios
Todas las opiniones
Limpieza
6,0
Confort
6,5
Ubicación
7,1
Servicios
5,7
Personal
7,3
Excelente 10,0
Desventajas: Los encargados de la casa mirándonos fíjamente cuando nos fuimos (como si nunca antes hubieran visto a humanos).
Bueno 7,1
Ventajas: La ubicación y el precio era bueno.
Desventajas: Era una habitación muy pequeña.
Mediocre 2,8
Ventajas: Nada... bueno, la chica de recepción era servicial, pero eso es todo
Desventajas: La habitación estaba sucia, el hotel estaba sucio. Todavía había comida en nuestra nevera ketchup en la parte delantera de la cómoda pelo calmo en la envoltura de dulces de toallas de mano en el papel de baño de la ducha se utilizaba de las sábanas de los huéspedes anteriores, había un olor sucio y había gente con una sombra abrumadora... las fotos eran muy engañosas. Este hotel se debería alquilar cada hora, no para un lugar para descansar de sus viajes.
Aceptable 4,5
Ventajas: Me encanta la piscina estupenda para familias
Desventajas: Nada
Mediocre 2,0
Ventajas: Checking Out
Desventajas: Checking was horrible, I reserved ahead of time and they couldn't find my reservation. It was super hot while checking in. The 1st set of keys didn't work so I had to drive around and go back to the front office. She checked the keys and sent me back to the same room, and yet again the keys didn't work. So I had to go back to the hot front office so they could change us rooms. Now finding out they charged me twice. They kept the same sheets on the bed both night. They didn't not give us towels the next day after coming to make the beds "not cleaning the rooms." Trash cans was not empty they only made the beds, left dirty towels on the floor. It wasn't a good feeling or stay at all.
Mediocre 3,1
Ventajas: The staff that we encountered were friendly and helpful.
Desventajas: Group of people drinking in the parking lot that were not staying there. Strippers or prostitutes outside wanting to party. The room itself was quite disgusting and very run down. Holes in the carpet, sheets, walls... everywhere. Stains on everything including walls and ceilings, furniture and fixtures. When I opened a drawer a fly flew out. Needless to say, we did not unpack. The safety lock on the front door, which has been obviously kick in, was broken as was the bathroom door. The security light outside was not functioning. Overall I do not recommend this place unless you prefer this type of establishment.